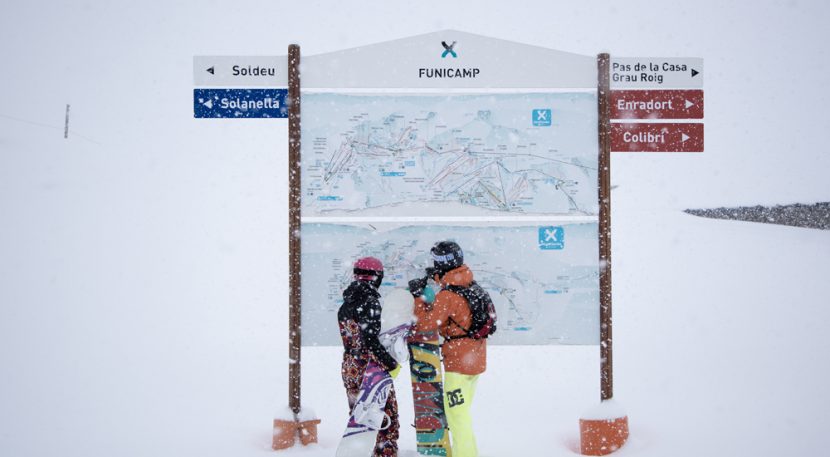 On Monday 22nd April we’ll be hitting the slopes for the last time this season. After that, we’ll sadly have a long, agonising wait until Grandvalira reopens in December. Here is a round up of the 2018/19 season and all the fantastic events that took place.

This season will be remembered not only as the fifteenth anniversary of Grandvalira, but also as an exciting, successful winter thanks to the variety of high-profile competitions which have taken place in Soldeu, El Tarter and Grau Roig. From 11th – 17th March, the FIS FIS World Cup Finals took place in Soldeu and El Tarter sectors, attracting around 25,000 spectators throughout the week and putting Grandvalira on the map as a world-class ski destination. The new platform in Soldeu, completed in late November, provided the perfect space for spectators to watch the Slalom and Giant Slalom races on the Avet black slope; on Sunday 17th March alone, 6000 people gathered in the grandstands and on the platform to watch the last day of the Finals! Meanwhile, approximately 60 television channels were present – 35 of these broadcast the live competitions, reaching a potential of 700 million viewers.

The FIS have praised Grandvalira for their ‘excellent standards’ during the World Cup and are meeting in May to organise the race schedule up until 2013. Here, they will decide whether Grandvalira will host future FIS competitions, and it’s highly possible as Secretary-General of the FIS, Sarah Lewis has indicated that Andorra should “be prepared because we’ll be back as soon as possible.”

The spotlight returned to Grandvalira El Tarter later in March, when we watched the 15th edition of the Total Fight Masters of Freestyle snowboarding and skiing competition take place in the Snow Park. This headline freestyle competition starred some of the world’s best freestyle snowboarders and skiers including big names such as Mark McMorris – one of the most decorated and successful athletes in competitive snowboarding history. The course was incredible daunting, consisting of a variety of rails, boxes and terrifyingly huge kickers, but this was no feat for Julia Marina (USA) and Michael Schaerar (Switzerland) who won first place for the men’s and women’s freestyle snowboarding disciplines, and Fabian Boesch (Switzerland) who won the men’s freeski discipline.

Since then, Grau Roig sector hosted the FIS Speed Skiing World Cup Finals (10 – 13th April) where speed skiers from around the world flew down the black Riberal slope at speeds of up to 200 kilometres per hour, aided by their incredible aerodynamic speed suits and finned helmets.

It’s not just the competitions which have provided excitement this season though. In January, Grandvalira announced that their lift passes were about to become ‘even “Grander” than before’. From 1st February, Ordino-Arcalis sector in Vallnord became integrated onto Grandvalira lift passes of four days or more, allowing visitors to benefit from Arcalis’ 30 kilometres of terrain and fantastic freeride opportunities. For more information and an explanation of the changes, read this blog.

As with many ski resorts across Europe this winter, the snowfall in Grandvalira hasn’t been as regular as previous seasons; however Grandvalira’s maintenance teams have done a fantastic job at upholding enjoyable ski conditions, with 189 kilometres (out of a total 210 kilometres) still open across the ski domain at the end of the season.

We’ve had some great powder days to remember too. At the end of January we enjoyed up to 80 centimetres of fresh snow fall in just a couple of days, and the maximum snow depth increased to around 180 centimetres. Significant snowfall continued in early-mid February too, providing great conditions for the busiest period of the season – the UK half term holidays. After a sustained period of sunshine and blue skies in March, we were blessed with some of the best, yet unexpected, powder days of the season at the end of the month and start of April; as a result, we can sincerely say that we’re ending the season on a high.

For now, all that’s left to do is enjoy the last couple of days left of winter 2018/19 and the 11cm of fresh snow that has fall in Grandvalira this weekend. Over the summer we’ll miss the snow, the breath-taking views of the Pyrenees, and the lovely sense of community in resort; but we look forward to returning in December and welcoming you to another fantastic season here in Grandvalira. In the meantime – thank you, and take care.