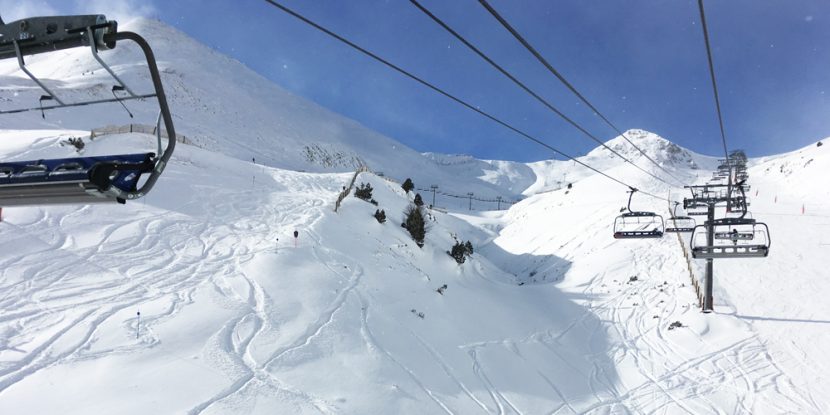 It has been announced that Pal-Arinsal and Grandvalira have reached an agreement to join together for the benefit of both ski areas, as well as to help promote Andorra and the resorts as year-round destinations. So what does that actually mean is going to happen? Well, lots of things are still undecided, but we’ll explain a bit more here.

Background to Those Involved

The ski area of Pal-Arinsal is currently owned by the Parish of La Massana, which is the area of Andorra in which it lies. Grandvalira is actually made up of two parts, roughly explained as the owners of Pas de la Casa-Grau Roig-Encamp-Arcalis, and the owners of Soldeu-El Tarter-Canillo.

Soldeu-El Tarter-Canillo is owned between the Parish of Canillo and one of the main banks of Andorra, Credit Andorra. It is this company who has come together with the Parish of La Massana to form the new venture, which will see Pal-Arinsal join the family of Grandvalira Resorts.

Why Is It Happening?

The merger of the resorts means that they will be able to better promote Andorra not just as a ski holiday destination, but as a year-round destination. Andorra already attracts lots of summer tourists, as well as fantastic cycling competitions such as the Tour de France, but working together means a larger platform to promote the country.

Will There Be a Lift Link?

Who knows what the future holds, but this is pretty unlikely! It’s quite a distance between Encamp and Pal, or even La Massana, in fact as the crow flies it would be twice as long as the Funicamp to get from there to La Massana, with mountains in the way too, so for the moment at least it’s a case of working together rather than a physical link.

However, with the agreement comes investment, both in Soldeu-El Tarter and in Pal-Arinsal. For Pal-Arinsal there are two major projects under discussion, the first being a lift linking Andorra la Vella to Pal, which then of course links on to Arinsal, and the second being the development of slopes so you can actually ski between Pal and Arinsal rather than having to take the cable car.

When Is It Happening?

The preliminary agreement has been signed, however things still aren’t finalised. We’ll obviously bring you the news as we hear it.

Will It Affect My Skiing This Year?

No. Everything is in place for this coming winter, so your ski passes and other services will operate as normal. If things develop quicker than anticipated then we’ll let you know, but any changes would only be positive, so you wouldn’t be expected to have to pay for a different lift pass to the one you’ve already booked.